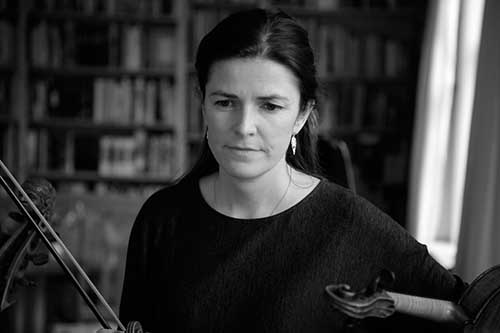 Halla Steinunn Stefánsdóttir is one of Iceland’s leading figures within the contemporary music scene. She has been the artistic director of Nordic Affect since its inception in 2005. Believing that the exciting things happen ‘in the connection’ Halla Steinunn’s work with the ensemble has been a tour de force when it comes to collaborative relationships with composers, visual artists, and producers. In 2013 she was nominated for the Nordic Council Music Prize together with Nordic Affect and the following year the group was named Performer of the Year at Iceland Music Award.


With degrees from The Royal Danish Academy of Music and Indiana University School of Music (Fulbright Grant), Halla Steinunn now holds a PhD position in artistic research at Lund University, in a time where the divide between creator and performer is being questioned in theoretical writings and in practice. She has taught at the Iceland Academy of the Arts and given lectures in Europe and the US. She presently teaches a course on method and form at the Malmö Academy of Music.


In her activity as curator and composer Halla Steinunn has tapped into her extensive experience as radio producer and her output has spanned everything from quadrophonic and surround soundscapes to installation rooms and recording projects. Her works have been performed at festivals such as Nordic Music Days, Dark Music Days (IS), Transit festival (SE/DK), Sound and Environment (UK), Gothenburg Art Sounds (SE), SPECTRA Aberdeen’s Festival of Light (UK) and Skálholt Summer Concerts (IS). In 2017 she founded together with Nguyễn Thanh Thủy (dan tranh) and Luong Hue Trinh (electronics) the Vietnamese/Icelandic improvisation ensemble ð. Halla Steinunn’s playing is featured on albums on the Sono Luminus, Brilliant Classics, Bad Taste Records, Mirjam Tally, Carrier Records, Musmap and Deutsche Grammophon labels. They have received various accolades, including The Iceland Music Award and the Swedish Manifest Prize. In . In 2015, Nordic Affect's album Clockworking, which inludes Halla Steinunn’s solo performances, was released by Sono Luminus. Clockworking was featured as Album of the Week on Q2 Music and Second Inversion. The title track was chosen for NPR's Songs We Love series and featured in various best-of-the-year lists, including Steve Smith's for Night After Night, The Chicago Reader, and The New Yorker. In spring 2017, Nordic Affect released Raindamage, an album resulting from a collaboration between the group and producer Valgeir Sigurðsson. The album was nominated for the Iceland Music Award and Kraumur Prize and was featured in various best-of-the-year-lists, The Chicago Reader, 5:4 and AnEarful.

Among upcoming projects is the release of H e (a) r on the Sono Luminus label, soundscapes for European Broadcasting Service’s Christmas broadcast, collaboration with composer Davíð Brynjar Franzson, performance with Nordic Affect as ensemble in residence at Dark Music Days in a project with Maja Ratkje, a stage work created with Liv Kaastrup Vesterskov and Etta Säfve and the release of ð’s debut album.

"Decades ago the Sugarcubes proved to the rest of the world that Icelandic rock was its own original creation - now Nordic Affect promises to do the same for the country's new-music community."

…perhaps the Ginnungagap out of which all music springs

Fréttablaðið on H e (a) r 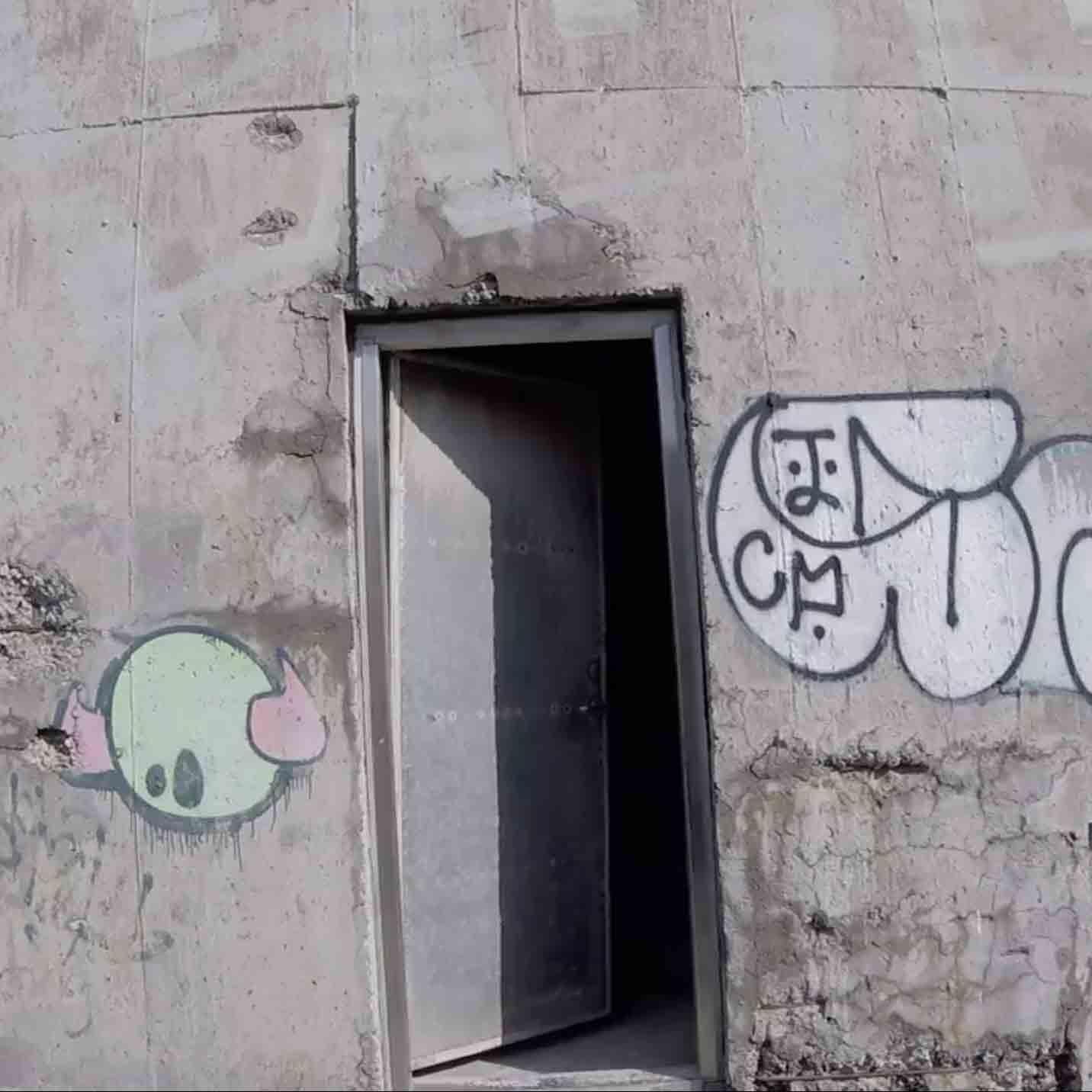 ‘I play cement / Ég spila á steypu’ (2018) is an audio and video installation for two screens and two pairs of speakers. The footage was filmed and recorded in summer and winter 2017-18 as I navigated through a cement factory, situated by the mouth of Elliðaár in Reykjavík, Iceland. The work was later created at Lund University’s Inter Arts Center in Malmö, Sweden. ‘I play Cement’ connects to a larger body of works that explore movement, listening and navigation and is the second work within my ‘Activation series’.

Installation for two screens and two pairs of speakers

An installation set to explore movement and navigation; the intersection between man and environment.

The work invites visitors to a site more than 2700 km away, as they encounter cairns (Icelandic: varða, dat.vörðu) located in the Þjórsárdalur valley of Iceland.

Built of stones, the cairns were landmarks set to help travellers find their way on perilous trails across the country. The ancient trail, observed by Halla Steinunn since summer 2016, marks the outset of a path over the high plateau Sprengisandur, so titled as people were wont to ‘sprengja’ or exhaust their horses on the long ride over desolate and barren land. Replaced today by other systems, the cairns are still a memorial to man’s navigation through environment and being in the world. As part of the installation, people of Aberdeen and the North East have been asked to lend their thoughts to a sonic component of the piece; an hommage to wayfarer’s tradition of adding a stone to the cairn in order to maintain it for the next traveller. The work was developed at the Inter Arts Center of Lund University and created in its studios as well as those at The University of Aberdeen. Special thanks to Peter J Stollery, Kent Olofsson, Mark Dunsmore, Andy Brydon and Katrín Sigurðardóttir. 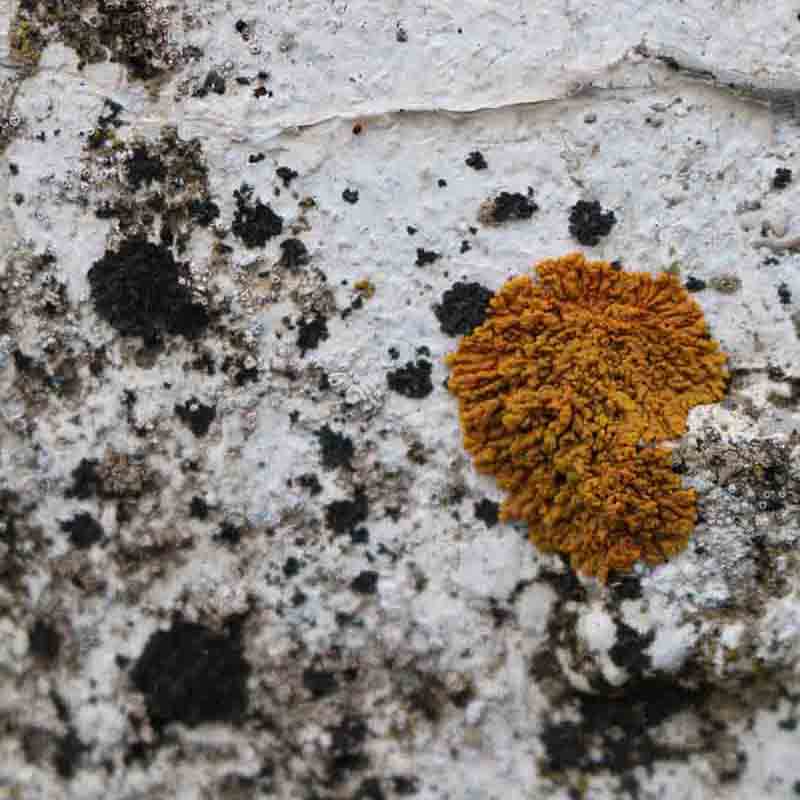 The work is an exploration of the medium of site-responsive work, through use of mixed media and live improvisation. It is inspired by Robert Macfarlane’s quotes:

‘I Play Northern Lights’, created for Nordic Affect’s concert at the 2017 edition of Dark Music Days (IS), is a surround sound installation in two movements. The sounds were recorded in the company of Angela Rawlings as we navigated through the dimmed Northern Lights Hall in Reykjavík on one of the first days of 2017. The work was later composed at Lund University’s Inter Arts Center in Malmö, Sweden; to be sent back into space. ‘I play Northern Lights’ connects to a larger body of works that explore movement, listening and navigation and is the first work within my ‘Activation series’. 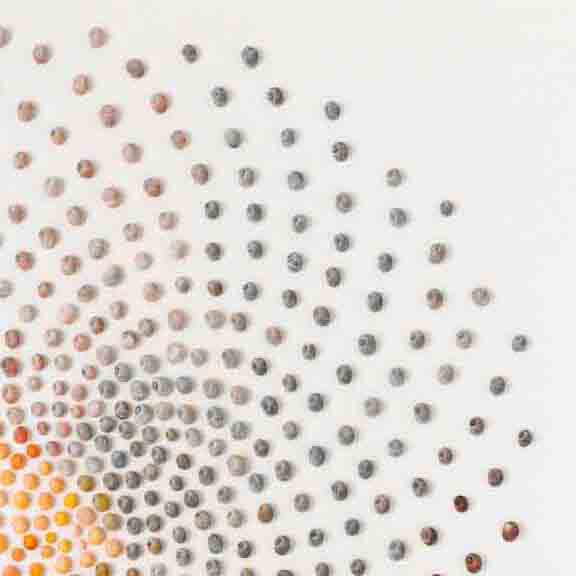 H e (a) r
Soundscape connected to ecology, acoustics and embodiment; drawing on encounters and what happens in the connection. A fluctuation between hear-here-hér*-her. 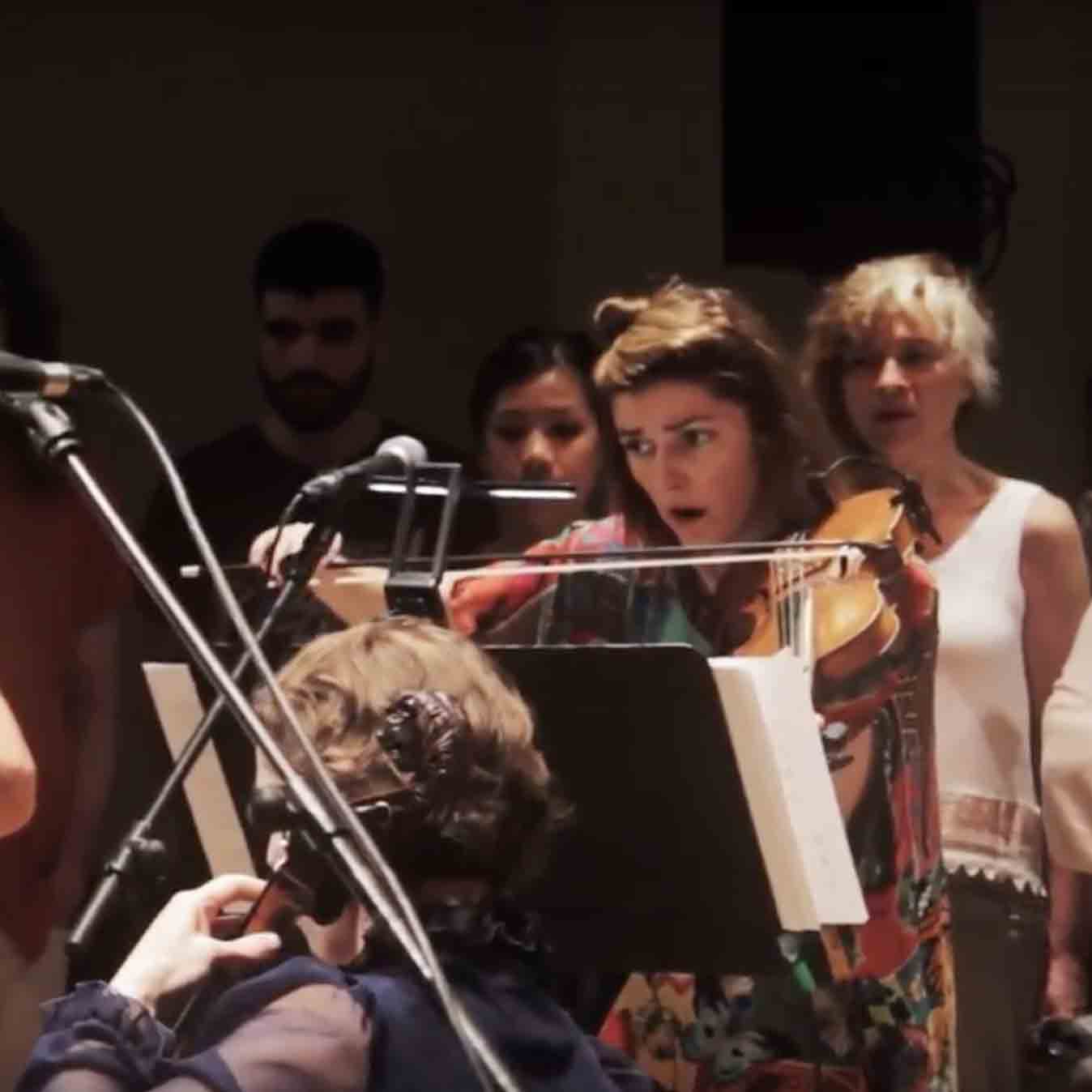 Kairos
Sonic weaving. Past shot through the present

*Special thanks to The Ísmús web and The Árni Magnússon Institute for Icelandic Studies for clearing the rights for Hallfreður Örn Eiríksson’s recording of the composer’s great-grandmother, poet Halla Lovísa Loftsdóttir. The vocal fragment is an oral tradition sung to Hallgrímur Pétursson’s Passion Hymns. 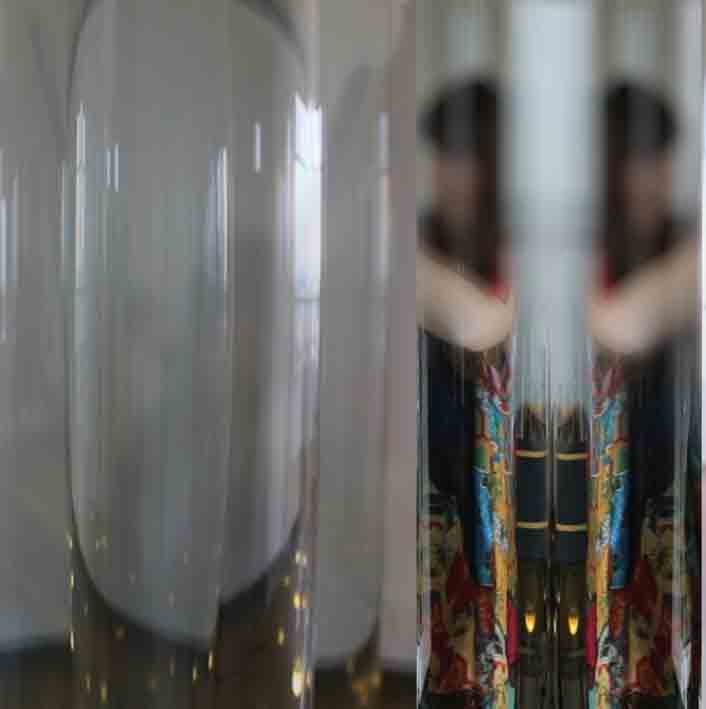 16 channel audio and video installation. Premiered at Connect festival, Malmö, Sweden. V A R P, was developed at Lund University’s Inter Arts Center. The installation’s audio is co-authored by Halla Steinunn Stefánsdóttir with producer and composer Valgeir Sigurðsson as it is based on stems from the collaborative project Raindamage, which explored some of the creative possibilities and processes involved in the making of an album.

Fragment from program notes:
‘I wanted the installation room V A R P to build on an experimental approach where material and method is combined, resulting in a new work. V A R P is thus an exploration of a changing work paradigm and development of the musician’s changing self: an exploration of the ecology of today’s artistic work.’ (Stefánsdóttir, 2016) 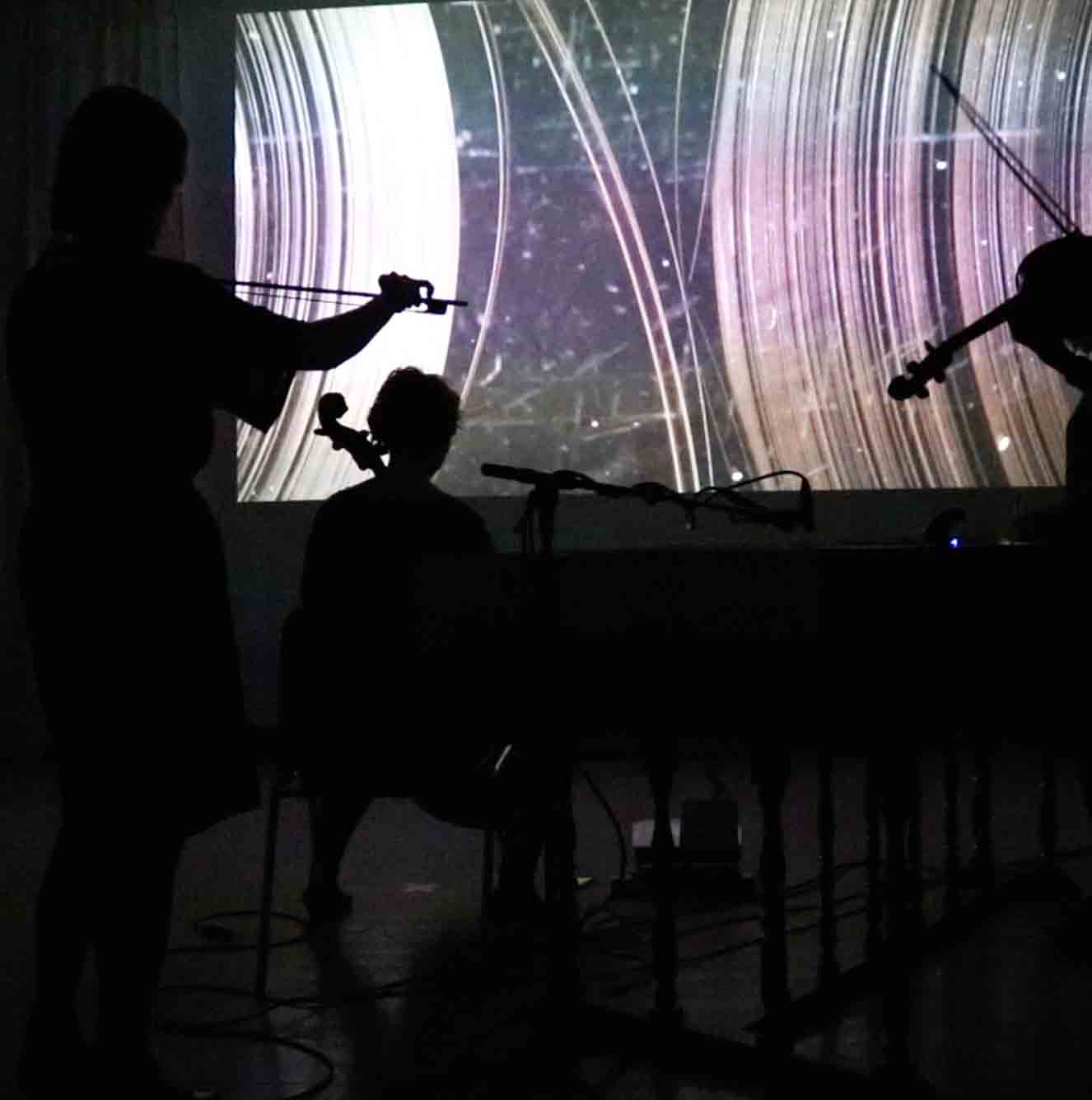 A collaboration of the tacit, balancing between the prior and the new; a navigation between – scapes.

Influence of buildings on musical tone. 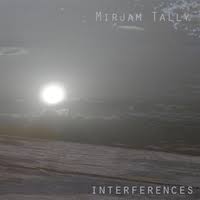 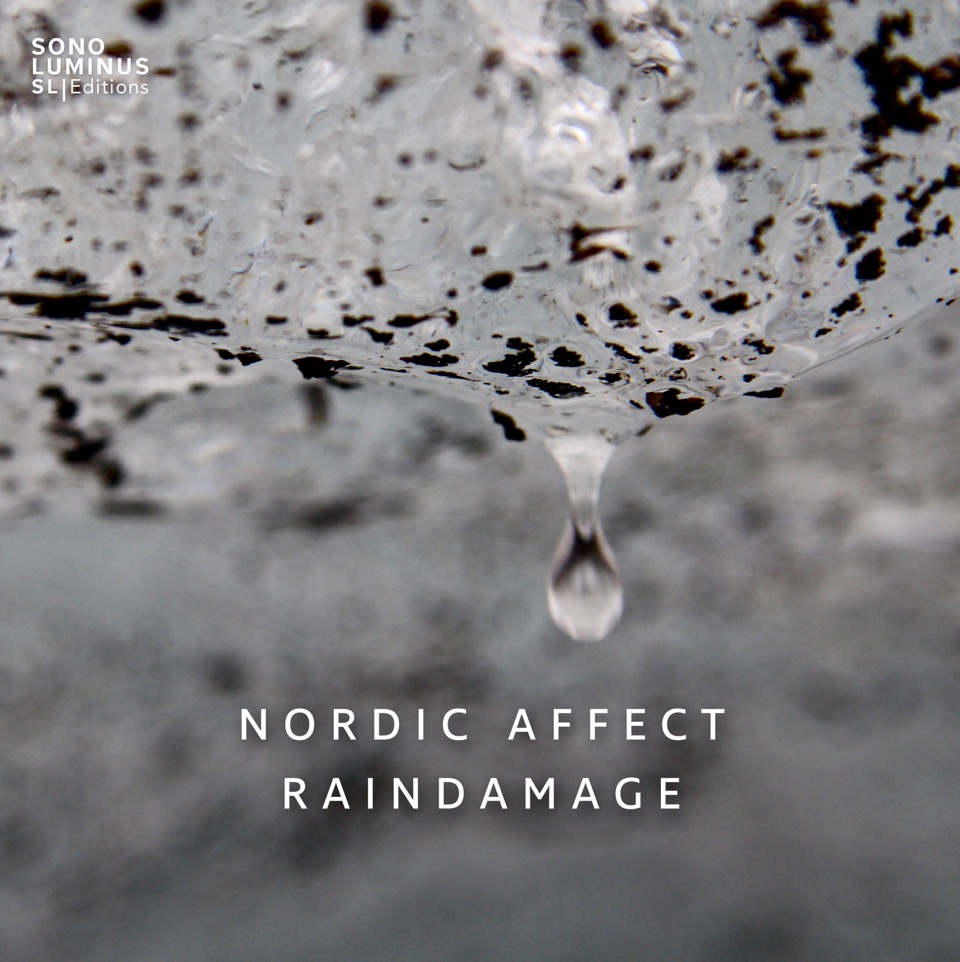 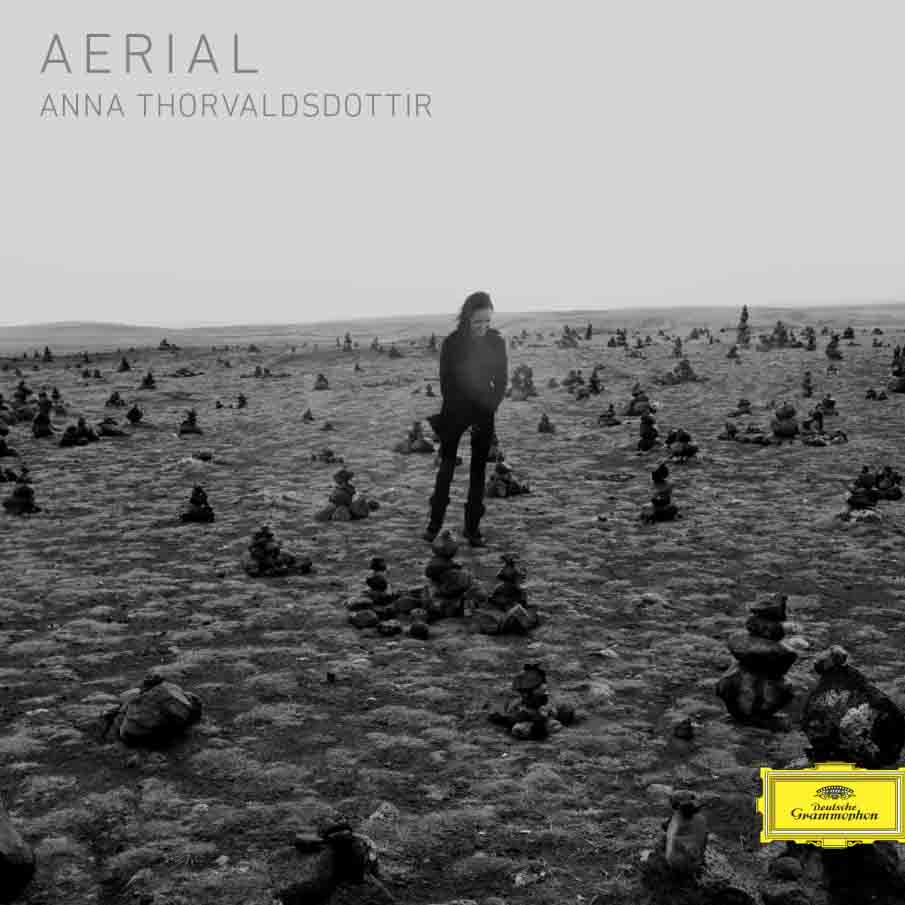 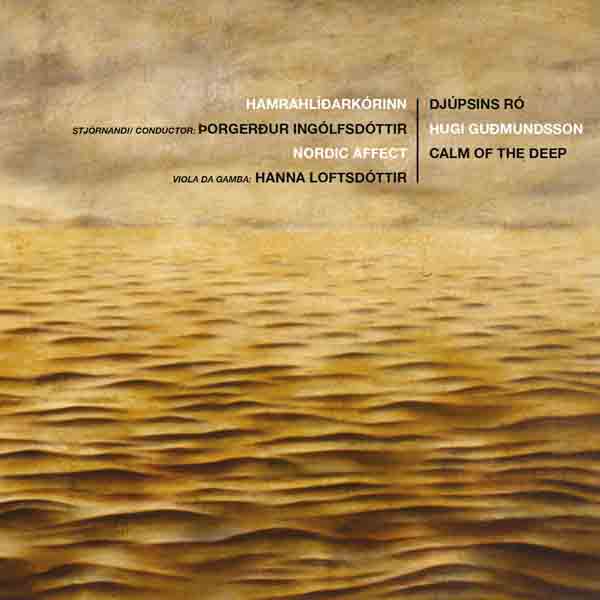 Calm of the Deep – Hugi Guðmundsson 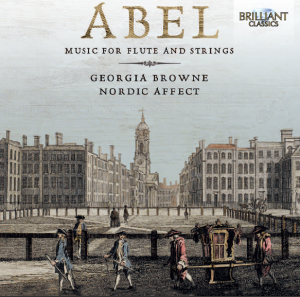 Abel – Music for flute and strings 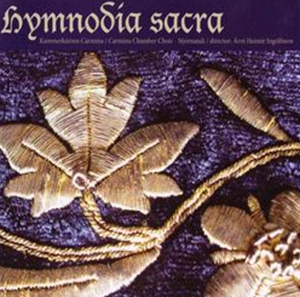 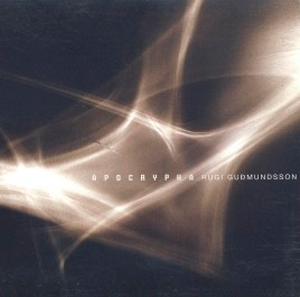 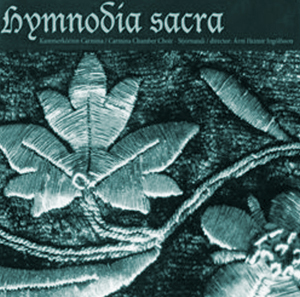